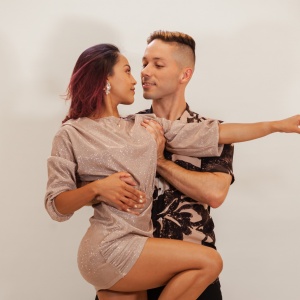 "Andres& Yessica" both professional dancers specialised in Bachata and other dance styles. They met working for a professional dance company in Colombia and first worked together in 2017. Both had a varied dance background ranging from folk dancing to Bachata, Salsa Cabaret and Tango, and went on to compete in an international championship and reach the podium. A year later they officially became a dance couple and started to compete in European dance contests.

Dancing is not only their job but their passion. In their style “Sentimiento Bachata” they mix the best out of Authentic Bachata, Bachata-zouk and Modern Bachata. They love performing live, teaching others and sharing their style in different communities, adding a different perspective to the current Bachata scene. At the same time, they are constantly learning from the best dance instructors and touring across the world.

Get ready for some romantic, authentic and sensual combinations, crazy footwork and above all - some really good times!